2021-09-16
Detection method of Crimped Fin Tube
Embedded detection tube
1. Double pipes should be buried with pile diameter 0.6-0.8m; three pipes should be buried with pile diameter 0.8-2.0m; four pipes should be buried with pile diameter above 2.0m.
2. The sound wave detection tube should adopt steel pipe, plastic pipe or steel corrugated pipe, and its inner diameter should be 50-60mm. The joints of the detection pipes should be smoothly transitioned, and the nozzles should be more than 100mm higher than the top of the pile, and the height of the nozzles of the detection pipes should be the same. The lower end of the pipe should be closed and the upper end should be capped.
3. The detection tubes can be welded or bundled on the inner side of the steel bars, and the detection tubes should be parallel to each other.
On-site inspection of Crimped Fin Tube:
1. Measure the delay time t from the sound wave monitor to the receiving system before the on-site inspection. And calculate the sound-time correction value.
2. The transmitting and receiving probes should be raised and lowered synchronously at the same elevation or maintaining a fixed elevation difference during measurement.
3. The measuring point distance is 40cm, and when an abnormality is found, it will be encrypted to 20cm.
4. Choose the appropriate transmit voltage and amplifier gain, and keep it unchanged during the test.
5. Real-time display and record the time history curve of the received signal.
6. The multiple fin tubes are fully assembled with two as a detection section, and the multiple sections are inspected separately.
7. After the test of each group of test tubes is completed, the test points should be randomly repeated for 10%, and the relative standard deviation of sound time should not be greater than 5%; the relative standard deviation of wave amplitude should not be greater than 10%.
Maintenance of Crimped Fin Tube
1. Regularly check whether each fin tube is perfect, whether there are deposits, coking, scales, etc., and clean it immediately. At the same time, it is necessary to check whether the adhesion of each fin tube and the rubber gasket is tight, and whether the rubber gasket itself is intact, so as to avoid leakage caused by degumming and damage of the rubber gasket.
2. The compression nut and the upper and lower guide rods of the plate heat exchanger should be frequently lubricated with lubricating grease.
3. Special personnel should be responsible for the adjustment of each instrument, and strictly implement the operating procedures for operation and maintenance. 4. When you need to replace the rubber gasket or repair the degummed part, you need to remove the fin tube, put it on the table, remove the old gasket, or use fine sandpaper for the glue traces in the groove of the fin tube at the degumming place Wipe it off, then use a solvent such as carbon tetrachloride or trichloroethylene to wipe off the oil stains in the groove, and then wipe the back of the new rubber gasket with fine sandpaper, and also use carbon tetrachloride or trichloroethylene solvent Wipe off the oil stains. Then apply a thin layer of glue on both the groove and the back of the rubber gasket, and let it dry for a while, so as not to stick to the fingers, but still sticky, insert the rubber gasket into the groove, flatten it around, and apply a layer of talcum powder , Then install the Crimped Fin Tube on the equipment frame and gently clamp it. According to the requirements of the glue manual, it can be put into production and use at intervals.
5. Every time the fin tube is re-tightened, pay attention to the position of the scale during the last pressing, and do not over-press the rubber gasket, which may reduce the service life of the gasket.
6. When replacing the rubber gasket of the fin tube, all the sections must be updated to avoid uneven gaps between the fins and affect the heat transfer effect. 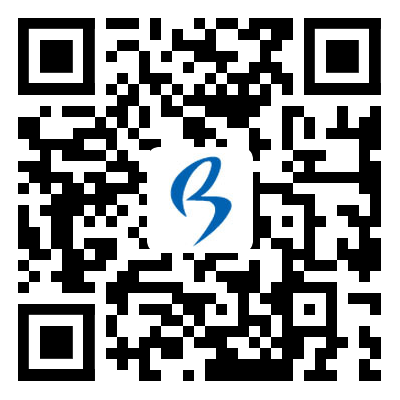